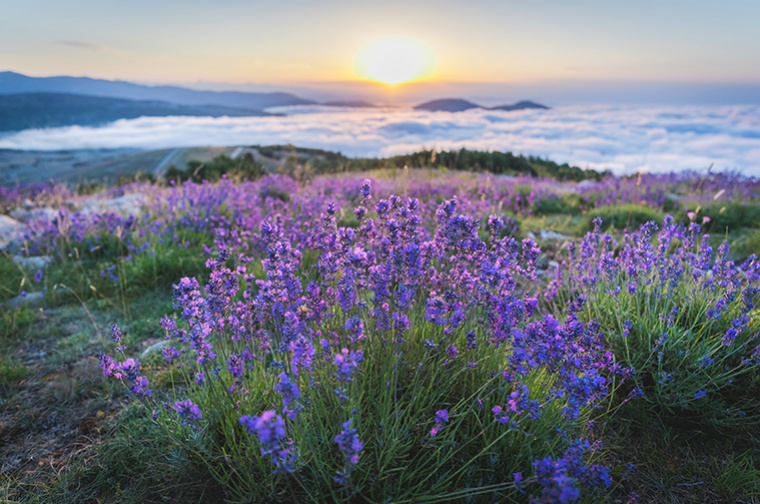 Prized since Antiquity for its manifold benefits, including therapeutic and cosmetic, as well as for its subtle fragrance and vivid colors, the Lavandula represents a solar plant from the Lamiaceae botanical family, similar to a bushy shrub with long, slender stems, aromatic foliage and ears featuring blue-mauve flowers. In the Middle Ages, the name lavender only referred to the "Lavendula stoechas". In fact, some twenty species of lavender originating from the Mediterranean region exist, all differing in their aromas, characteristics and blossoming. After distilling the harvested flowers, the essential oils respectively produced depending on the lavender species also reveal distinct molecular properties. In particular, four main types of Lavandula stand out. Which are they?

Also referred to as "Fine Lavender", this plant variety grows both in the wild and in cultivated form, from 800 meters (2 624 feet) high up to 1 800 meters (5 905 feet) of altitude for the wild lavender, mainly in warm climates and on arid soils. This sub-shrub can be easily identified by its small, fuzzy, opposite leaves and its flowers ranging from pink to dark blue. The annual flowering of this species starts from July and lasts until the end of August.

Rarer, the wild lavender is highly sought-after in the field of aromatherapy due to its remarkable calming, healing and antiseptic properties. Refreshing and soothing, it also promotes relaxation and sleep effectively. Abundant within the Plateau de Caussols where our Florihana distillery is located, we harvest this plant by hand every year, starting in July during its full bloom. Using the flowering tops thus collected, we produce our organic essential oil and hydrosol of wild lavender vera, which are both distilled according to an innovative low-temperature process that preserves the best organoleptic properties of plants.

On the other hand, cultivated lavender, which is more slender, corresponds to a species that is mainly found as far as the eye can see in the fields of Provence. For the most part, this plant is used in the aromatherapy and perfumery fields due to its highly refined aromas.

Biochemical profiles: According to their components, both varieties of lavender are rich in Esters with numerous benefits such as balancing and soothing, as well as in Alcohol monoterpene and Linear monoterpene, which are renowned as anti-infectious among other properties.

More sensitive to the cold, this second species grows at lower altitudes, up to 800 meters (2 624 feet) high, under Mediterranean climates and over calcareous soils. Hence, this variety of wild lavender thrives, for instance, in the French garrigue.

Taller than the Lavender Vera, the Lavender Spike distinguishes itself by its large leaves, short ears and pale purple flowers with stronger camphor aromas, which are rarely used in the perfumery industry. Its annual blossoming takes place slightly later, from June-July.

The distillation of its flowering tops harvested in summer results in the production of a fluid essential oil that stands out for its rich content in aromatic ketone molecules, including camphor, and renowned for its strong healing, anti-infectious, analgesic and anti-inflammatory effects. Its use will be for instance highly beneficial when applied to the skin in order to soothe insect bites, skin irritations or burns. 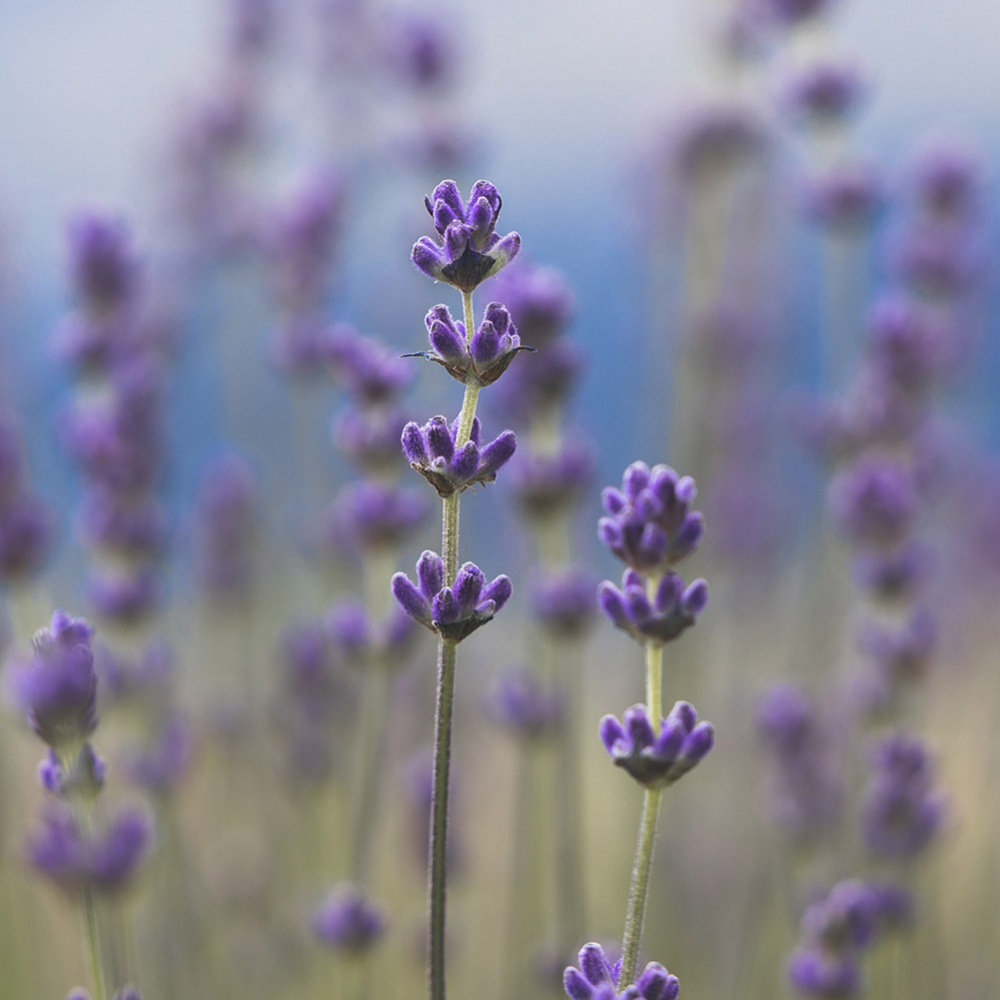 Also known as the French, Spanish or Butterfly Lavender because of its flowers similar to small butterflies, this third variety of wild lavender is less resistant to cold and heat than the Lavender Vera. The Lavender Stoechade blooms in milder climates as well as on the seaside, such as in Portugal or the Hyères islands in France.

Its annual flowering also starts earlier than other Lavandula species, from early spring. Its dense ears with larger and deep purple flowers also release camphor aromas that are less popular in the perfume industry. On the other hand, it provides proven anti-infectious and healing benefits. 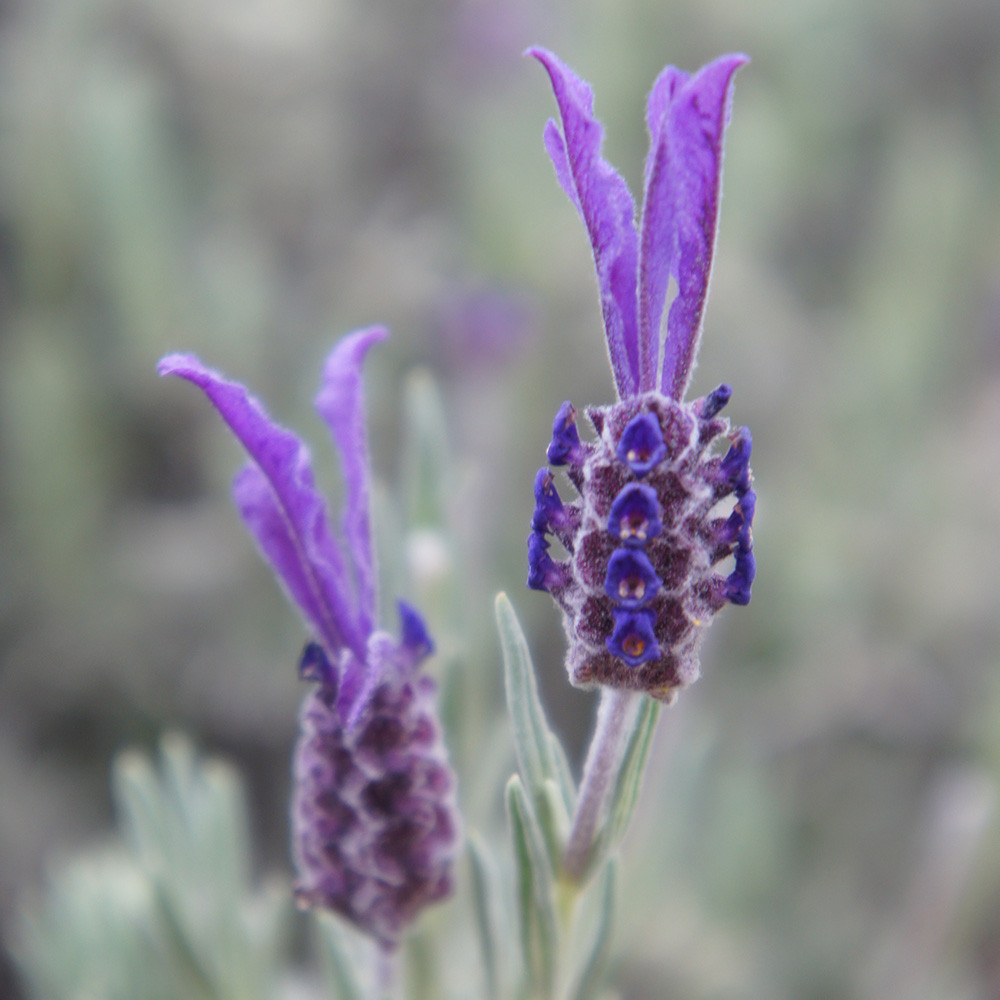 Considered as a hybrid variety, the Lavandin Super results from the crossing between Fine and Spike Lavenders, two very distinct species that grow alongside each other at approximately 800 meters of altitude.

This cultivated type only reproduces by cuttings and therefore does not grow naturally in the wild. With a refreshing and slightly camphor fragrance, this clone plant features dense ears with narrow, elongated leaves and small, pale-purple flowers.

Due to its biological composition rich in esters and monoterpene alcohol, the Lavandin Super essential oil traditionally provides excellent calming, sedative and relaxing benefits, ideal for athletic and relaxation purposes, as well as proven anti-infectious, anti-inflammatory and healing effects. 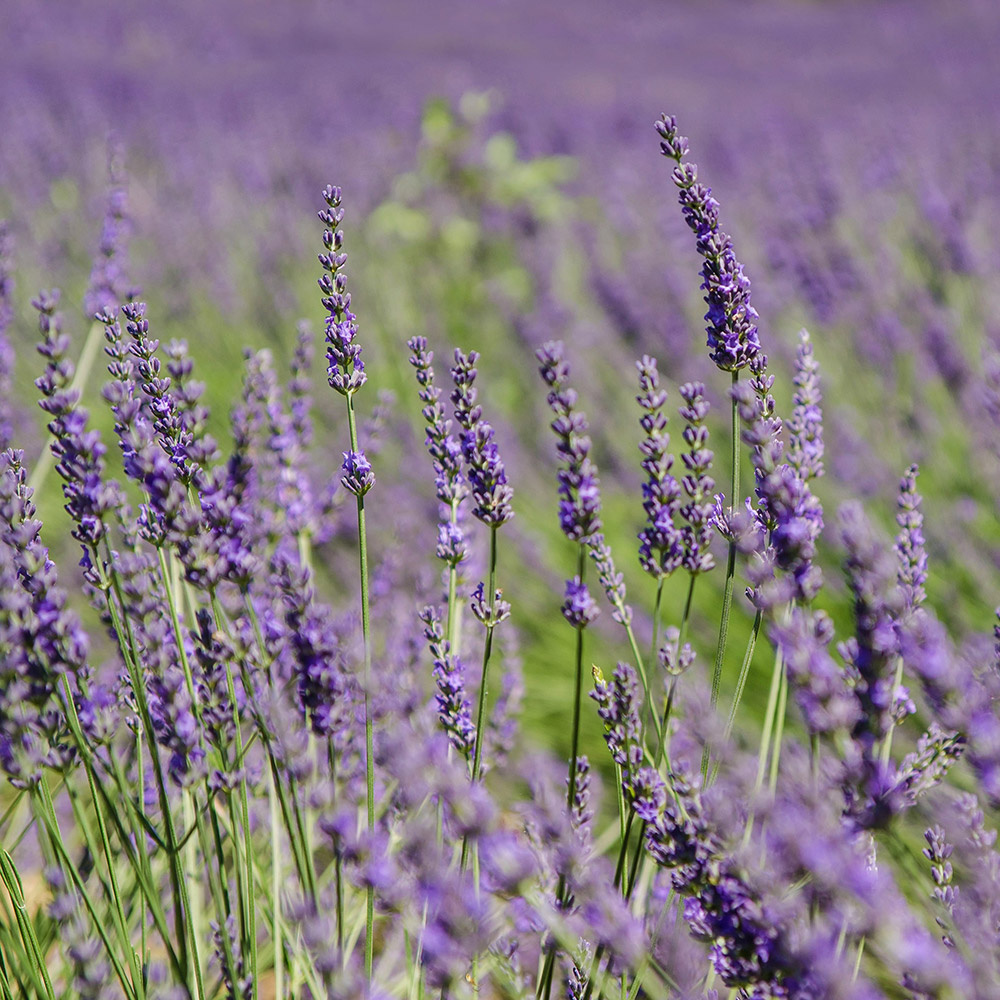 To learn more about our brand Florihana and our products, we invite you to explore our website or contact us using the attached form.