COPAIBA, AN AROMATIC TREASURE FROM BRAZIL 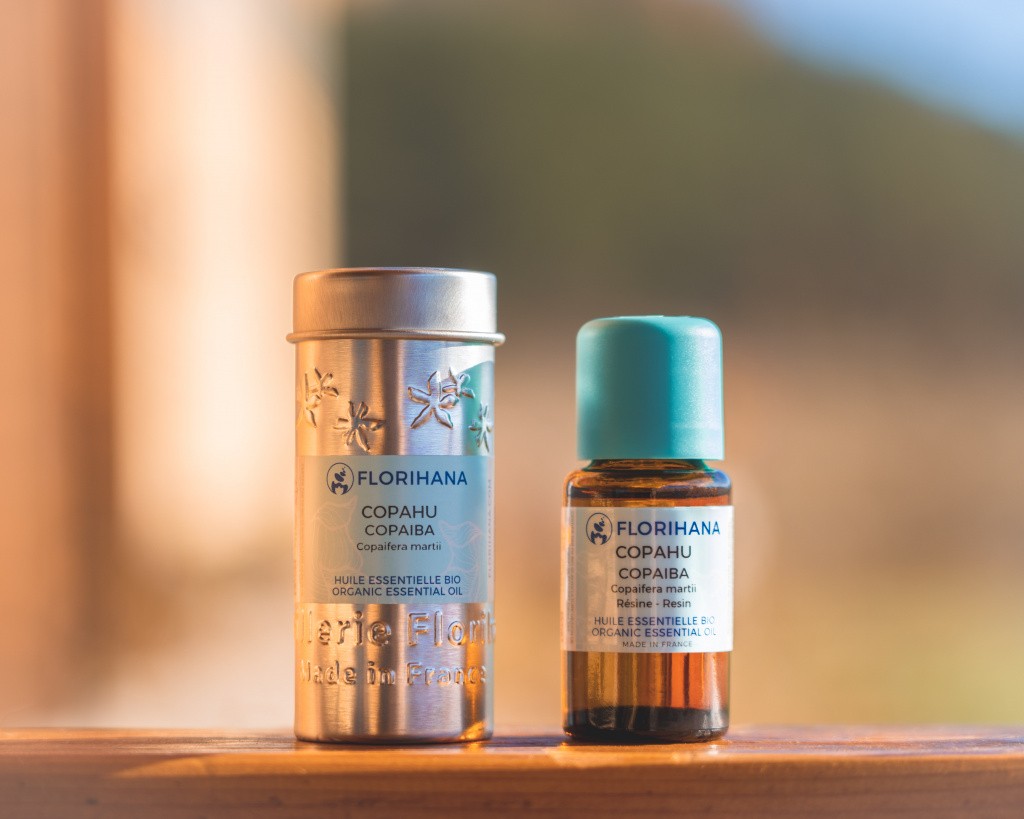 BRAZIL: A COUNTRY OF DIVERSE AND REMARKABLE AROMATIC TREASURES,
INCLUDING COPAIBA OLEORESIN AND ESSENTIAL OIL

The following content is intended for information purposes only. Before use, we recommend seeking the advice of a health professional specialized in aromatherapy and cannot be held responsible if taken without prior medical advice.

"In my role as aromatherapy educator, I have had the joy of visiting Brazil on several occasions and always come away inspired and enthused by the diversity of this country’s aromatic treasures as well as the knowledge and skills of Brazilian aromatherapy practitioners. Whilst Brazil offers a wide range of remarkable medicinal plants, vegetable oils, and essential oils, in terms of the latter, I have a personal favorite, that I predicted 6 years ago would deliver a major contribution to the aromatherapy world: Copaiba. Of particular interest to me was its level of ß-caryophyllene; a component with a wide range of positive actions and a healthy safety profile.

The bicyclic sesquiterpene ß-caryophyllene has received much research interest in recent years as it demonstrates an increasingly wide range of health-enhancing and health-protective properties. A major sesquiterpene component found in a large number of essential oils, it is especially concentrated (above 10%) in a number of essential oils that are commonly used in clinical aromatherapy, including: 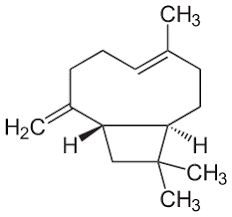 Largely due to its antioxidant and anti-inflammatory effects, ß-caryophyllene has been proposed as a potential protective component for a number of disorders such as pain, anxiety, spasm, depression as well as neurodegenerative diseases such as Alzheimer’s disease, multiple sclerosis, Parkinson’s disease, stroke, amyotrophic lateral sclerosis and cerebral ischaemia.

Many of the more recent studies have arisen due to its presence as one of the main terpenes found in cannabis extracts and the fact that is a selective full agonist of CB2 receptors, activating the endocannabinoid system. These particular cannabinoid (CB2) receptors are involved in the modulation of pain and inflammation and are also involved in neuroprotection. Whilst this is not the only mechanism of action of ß-caryophyllene, the popularity of cannabis extracts has led to a boom in phytocannabinoid research.

The terpene cannabinoids in Cannabis sativa are mainly natural non-selective ligands for CB1 and CB2 receptors. In the case of ß-caryophyllene, this phytocannabinoid component is selective of the CB2 receptor only. This means that it does not have the psychomodulatory/ psychogenic effects typically seen with cannabis products.

In terms of toxicity, Tisserand and Young (2013) state that ß-caryophyllene is a weak skin allergen, non-toxic, non-mutagenic and antitumoral (page 520-521). It is approved as a food additive and flavouring agent.
Drug: essential oil interactions: none known.

There are over 50 species of the tropical Copaifera genus (member of the Fabaceae family) with three in particular being exploited for their oleoresin on a large scale:

The main country of origin for the oleoresin and essential oil is Brazil (in particular the Amazon region) but Copaifera species distribution is wide across South America as well as West Africa. The name copaiba originates from an indigenous Amazonian language (tupi) cupa-yba to denote reservoir/vessel with reference to its store of oleoresin in the trunk.

The oleoresin of these trees is extracted through tapping and the oleoresin is used therapeutically in its raw state or distilled to yield copaiba essential oil.

The traditional uses of copaiba oleoresin in the Brazilian Amazon include wound and ulcer healing, antimicrobial and anti-inflammatory properties for skin diseases as well as for relief of rheumatic diseases. The oleoresin is used pure or diluted 1:5 or 1:10 with other bases.

The oleoresin and the essential oil are both rich in a range of sesquiterpenes such as ß -caryophyllene, bisabolene and alpha-copaene. The oleoresin is also an important source of diterpenic acids such as kaurenoic acid and copalic acid – rarely present in the essential oil due to their poor volatility. These acids have therapeutic activity and are particularly cited for their antiparasitic, antimicrobial, insecticidal and anti-inflammatory properties.

The distilled essential oil rather than the oleoresin is what I have most experience of in its applications.

A typical composition shows the essential oil being dominated by a large number of sesquiterpenes (over 90% of the total oil) with ß-caryophyllene typically being over 50%. Other main sesquiterpenes include humulene (alpha-caryophyllene), ß-elemene, Germacrene D and a-copaene. Very small to trace amounts of diterpenes are present due to their low volatility (compare to the crude oleoresin).

The essential oil is easy to use, with its mild aroma, gentle action and absence of toxicity (Tisserand & Young : no known hazards or contraindications). It blends readily with other essential oils, adding a base note stabilization to the blend.